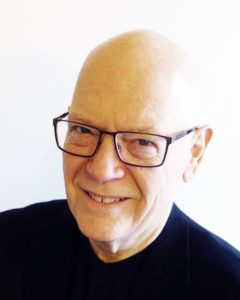 Richard Sparks is the principal conductor of “The Benedict Sixteen,” the Benedict XVI Institute’s sixteen-voice professional choir. In addition he will lead the East Coast premiere of the Mass of the Americas at the iconic Basilica of the National Shrine of the Immaculate Conception in Washington D.C. on November 16.

Richard’s latest book, The Conductor’s Toolbox: Transforming Yourself as Musician and Conductor, can be found at GIA Music.

Sparks is one of the few Americans invited to work with the famed Swedish Radio Choir in 2002, 2007, and 2008, including preparing the Brahms Ein Deutsches Requiem for a performance with Valery Gergiev and the Rotterdam Philharmonic,which is on DVD with BIS Records. He has also guest conducted the Santa Fe Desert Chorale, Vocal Arts Ensemble of Cincinnati, and the Anchorage Music Festival among many others.

Archbishop Cordileone and the Benedict XVI Institute for Sacred Music and Divine Worship are honored that Richard Sparks brings his distinguished talents to the B16 mission of offering great and elevating works of sacred music, both old and new, in the context in which they were made to be heard: as prayer, not performance.