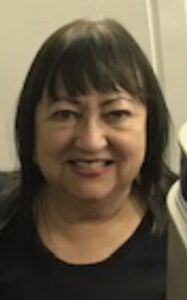 Moira was born in Kowloon Tong, Hong Kong and attended Maryknoll Convent School (MCS) Primary and Secondary schools until her family immigrated to San Francisco in 1966.  She graduated from Palo Alto High School in 1966 and in 1968 received an A. A. from San Jose City College. Pacific Telephone hired her in 1968 and between Pacific Telephone and AT&T she worked for 32 years and retired in 2000.  While working full time, she received a B. A. in Business Administration from St. Mary’s College in Moraga, CA.

She has been a Patron of the Metropolitan Opera, Carnegie Hall, San Francisco Symphony and Opera, and numerous museums and charitable organizations in New York and San Francisco for over 30 years and is a supporter of the Archbishop’s Circle and a member of the Benedict XVI Institute, and the Truth, Beauty and Goodness Initiative.

She is currently active in the Maryknoll Alumnae Association of Northern CA and served as Co-President for 3 years, and is currently the MCS Alumnae Representative for our Maryknoll Worldwide Network. (“At our last Gala Fundraiser,” reports Moira, “we rented Ellis Island for an evening.  The event sold out quickly and we raised a million dollars for the Sisters’ Overseas Missions.”)

With her late husband Bruce Conzelman, Moira founded Harmonique Wine in 2002 and purchased what is now Conzelman Vineyards in 2007, which grows premium Chardonnay and Pinot Noir grapes for sale to other wineries and to Harmonique for her wines.

In addition to going to the Opera and Symphony, farming, and making wine, Moira also enjoys fly fishing, boating, and traveling.  In her early twenties, she says, “I could be found at the Fremont Dragstrip racing my stock 55 and 56 Chevys and one Chevy Nomad.”

She is currently a parishioner at Star of the Sea in Sausalito.