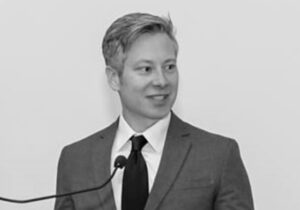 James Matthew Wilson is Associate Professor of Religion and Literature in the Department of Humanities and Augustinian Traditions at Villanova University. An award-winning scholar of philosophical-theology and literature, he has authored dozens of essays, articles, and reviews on all manner of subjects secular and divine, and especially on those where we see the two in their intrinsic relation, as truth, goodness, beauty, and being disclose themselves in art and culture, in the political and intellectual life, in our quest for self knowledge and the contemplation of God. His scholarly work especially focuses on the meeting of aesthetic and ontological form, where the craftsmanship of art-work discloses the truth about being.

Wilson is a poet and critic of contemporary poetry, whose work appears regularly in such magazines and journals as First Things, The Hudson Review, Modern Age, The New Criterion, Dappled Things, Measure, The Weekly Standard, Front Porch Republic, The Raintown Review, National Review, and The American Conservative.

He has published eight books, including The Vision of the Soul: Truth, Goodness, and Beauty in the Western Tradition (CUA, 2017); the major critical study, The Fortunes of Poetry in an Age of Unmaking (Wiseblood, 2015); a collection of poems, Some Permanent Things; and a monograph, The Catholic Imagination in Modern American Poetry (both Wiseblood Books, 2014). Wilson is the Poetry Editor of Modern Age magazine, and also serves on the boards of several learned journals and societies. His most recent book is The Hanging God (Angelico, 2018).

Twice, Wilson has been awarded the Lionel Basney Award by the Conference for Christianity and Literature; he has been a runner up for both the Foley Prize for Poetry by America magazine and the Jacques Maritain Essay Prize by Dappled Things magazine. The Dallas Institute of Humanities and Culture awarded him the 2017 Hiett Prize in the Humanities, the largest award of its kind.