First, will you sign a petition to San Francisco’s government to lift unfair restrictions?

Archbishop Salvatore J. Cordileone thanks Mayor London Breed and the thousands of San Francisco Catholics who spoke up for FreeTheMass.com

Today, Mayor Breed announced that San Francisco will set the limit for religious worship up to the extent permitted by state health regulations.  Archbishop Cordileone responds:

“I want to thank Mayor London Breed for recognizing that faith is essential.  As well, I want to thank the thousands of San Francisco Catholics and others who joined the processions, the more than 35,000 who signed the petition at FreeTheMass.com/QueremosLaMisa.com, came to St. Mary Cathedral’s outdoor plaza to witness to our faith, wrote letters to the editor or op-eds, and who generally spoke up with one united voice under the banner: We are essential! Free the Mass!

“October 3, the Vigil Feast of San Francisco’s patron saint, St. Francis of Assisi, will now, instead of a public manifestation of faith to urge fair treatment, be a united prayer of thanksgiving from the heart of San Francisco’s Catholics.  Please join us.

“Our petition effort, though, is not ended.  The state of California’s limit of no more than 100 people inside of a house of worship regardless of the size of the building is still unjust.  We want and we intend to worship God safely: with masks, social distancing, sanitation, ventilation, and other such safety protocols.  But we will not accept believers being treated more severely than other, comparable secular activities.

“This movement is not over.  Our work and victories have just begun.  Thank you San Francisco people of faith and the thousands of others across the nation who are joining us at FreeTheMass.com.”

Today, the Department of Justice sent a letter to Mayor London Breed calling on her to promptly end the discriminatory treatment of worship, pointing to the ban on more than one person in a church for private prayer as particularly egregious but also criticizing the Mayor’s proposed new worship rule.

“I am very grateful to the Department of Justice for this letter calling on Mayor London Breed to stop violating the civil rights of Catholics and other believers in San Francisco.  Catholics in San Francisco have been patiently suffering injustice for months. At last, a competent legal authority is challenging the city’s absurd rules, which have no basis in science, but are grounded in hostility to religion and especially the Catholic Church.”

Archbishop Cordileone is available for media interviews about the DOJ Letter and his growing movement to FreeTheMass.com.

More than 19,000 people have signed the petition supporting Archbishop Cordileone’s call to Mayor Breed to end unfair restrictions on the Mass. He announced plans for a large procession through the streets of San Francisco and a large outdoor Mass on October 3 to send the message: We are Essential: Free the Mass!

Archbishop Statement re Department of Justice 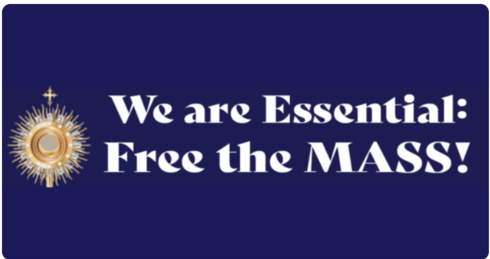 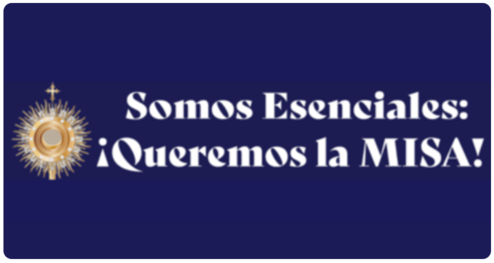